Tucked away in the up-and-coming City of Mableton, Crawford Creek Communities is proud to introduce
Caldwell Park – aptly named for its park-like collection of wooded grounds and greenspaces. A veritable
urban-suburban oasis poised just off Old Bankhead Highway, this luxury two-story townhome
community affords its residents the best of both worlds. In addition to its tranquil picturesque setting,
homeowners will enjoy ease-of-access to Veteran’s Memorial Highway, I-20 and I-285 with the
glistening lights of the Atlanta skyline just 15 miles away, the boutiques and eateries of Smyrna-Vinings
within 10 miles, the trails and reservoir of the 2,549-acre Sweetwater Creek State Park within 8 miles,
and the Silver Comet Trail just 3.5 miles away. Experience the thrills of the rollercoasters at Six Flags
Over Georgia and baseball games at nearby Truist Park in the Spring and Summer, the change of seasons
from the top of Kennesaw Mountain in the Fall, and regular treks into Atlanta year-round for its world-
class assortment of shops, restaurants and attractions like World of Coca-Cola, Atlanta Botanical
Gardens, Georgia Aquarium, High Museum of Art, Piedmont Park and more.
As for Caldwell Park itself, 90 traditional townhomes line the streetscapes and central mews of this
South Cobb community. A dog park, pavilion and community firepit will act as the neighborhood social
hub, while a series of greenspaces serve as inspiration for picnics in the “park” and the occasional game
of flag football. With indoors every bit as inviting as the outdoors, Caldwell Park boasts two imaginative
floor plans from which to choose – The Brighton and The Brookside. Both feature three bedrooms, two-
and-a-half-bathrooms, open concepts at their core, rear patios for outdoor living and front entry two-car
garages. Chef-inspired kitchens offer large islands with a wonderful vantage point of the adjoining
rooms, and optional fireplaces in the family rooms hold the promise of countless winter nights cast in
the firelight’s glow. While each floorplan offers an upper-level loft as a terrific alternative for a
secondary gathering space, both provide the option to convert the loft to a fourth bedroom on select
units. Bedrooms are thoughtfully placed with the secondary bedrooms at one end of the home and the
sprawling and serene Owner’s Suite at the other with buffers in between to provide the ultimate in
privacy.

Our new homes specialists are available to answer your questions or schedule a tour. 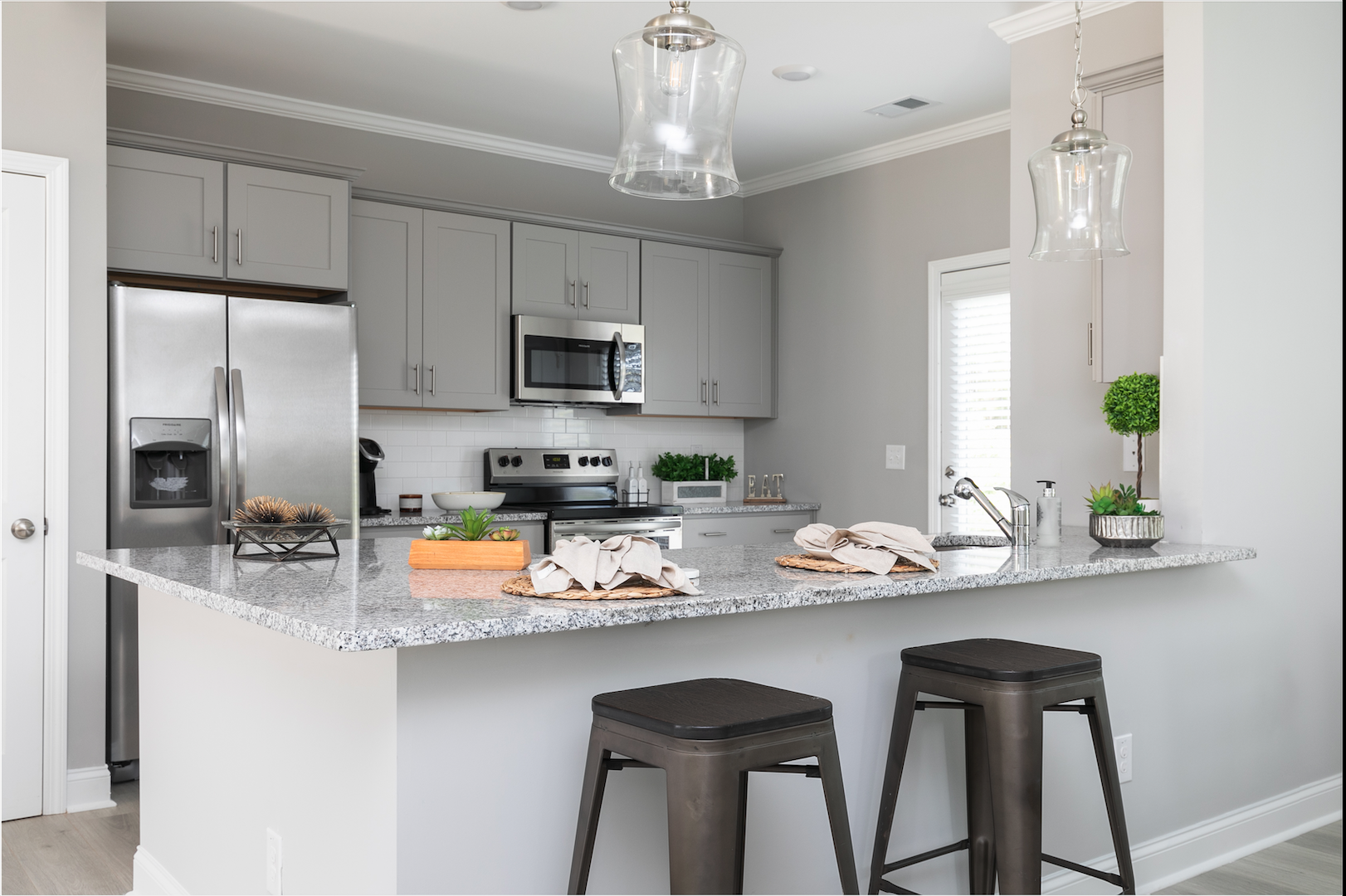